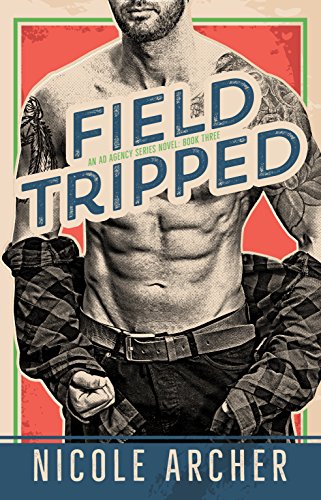 
I was done with games. But playing with her is so much fun.

Ten years ago, I was all set to compete in the winter Olympics. Then I lost everything—my career, my best friend, and my girlfriend.

After that, I stopped playing games for good. I swore never to go back to Colorado. Too many bad memories. Plus, she’s still there.

Now I live a simple life as a creative director at Shimura Advertising in New York. All is good, until my boss cons me and my coworkers into spending two weeks in Colorado at Proton Sports’s sleep-away camp for adults, pitching their business. Turns out Proton’s idea of a pitch is making the agencies battle each other in a bunch of ridiculous winter games.

Guess who owns the rival company? Her. And she’s out to get me.


*Field-Tripped is Book 3 in the in the Ad Agency Series and can be read as a standalone. Some characters cross over from books one and two in the series, Road-Tripped and Head-Tripped.

Characters: Again... too much swearing. Too much drama. All characters difficult to connect with.

Overall story: A bit unorganized. I had a strong desire to rush to the end.

For me, Field-Tripped didn't have the same flare and quality as the previous books.