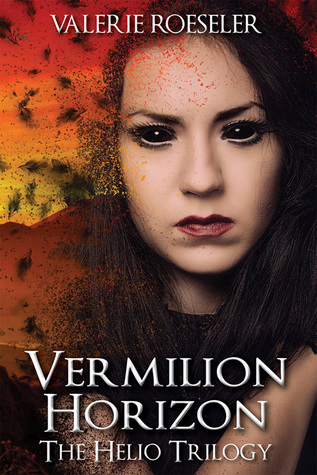 
True beauty and strength come from scars of Darkness.

Ivy has been pushed to her limits and the time has come to fulfill her destiny. Her heart remains broken in two, uncertainty lingering between which path to take. Questions arise as vengeance prowls in the shadows. Suspicion grows against Ivy’s mentors while her visions threaten to destroy everything she knows.

When Ivy’s flaws and faults become crimes against her, she is forced to relinquish an important part of her being. Yet at her weakest, she finds strength. Ivy’s trials and tribulations have led to this moment. The face of iniquity may break her to the core, or it may create hope and new beginnings. Deliverance is crucial. Failure is not an option.

[MY THOUGHTS]
3.75 out of 5 stars
Cannot be read as a standalone

Although I liked the plot and setting, I'm still not a big fan of Ivy due to her selfish tenancies.

I also didn't enjoy the love triangle between the characters. It was great in the beginning but became annoying as the story went on.

Overall the story was entertaining and had my attention. The epic battle scenes were truly my favorite.