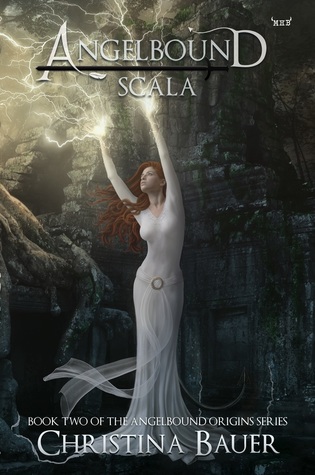 Nineteen-year-old Myla Lewis has transformed into Great Scala, the only being with the power to move souls out of Purgatory and into Heaven or Hell. Trouble is, a magical object called Lucifer’s Orb is limiting Myla’s abilities. If she tries to move a soul, the Orb’s forcing her to send that spirit straight to Hell.

So, what’s a girl to do? Send innocents to the fiery down-under?

No way. Myla’s gone on a supernatural strike. No souls go anywhere until the Orb’s history. It’s the right thing to do, but Purgatory’s Soul Storage buildings are turning into time bombs. No spirits are moving out, while millions keep coming in. Myla’s determined to find the Orb and send the innocent to Heaven, but she’s running out of time. Soon, the containment fields will burst, releasing a mob of homicidal ghosts.

With Soul Storage ready to explode, Myla’s got enough on her plate without her old enemy, Lady Adair, causing problems. Adair is launching an ingenious campaign to take away everything that Myla holds dear, including Myla’s Angelbound love, Prince Lincoln.

Between their clever ideas and toe-curling kisses, Myla and Lincoln are fighting back. But will they beat the clock or lose everything to Adair’s devious schemes?

Although I enjoyed the previous book more, this was overall a good read. The adventure was entertaining and the fight scenes were awesome.

The main reason why I'm not rating this a 5 star read is because of the story. I didn't like how the antagonist was an immature girl that always had tantrums. Her jealousy was annoying and it just didn't do it for me.

I also didn't like some of Myla's inner dialogue. I found her really immature at times, and I had to stop myself from rolling my eyes.

Christina Bauer is a creative author, and I love her ideas. But sometimes it just feels like she makes things up as she goes. Certain topics are often unclear and unexplained. With a little bit more planning, I feel like her stories could be improved.