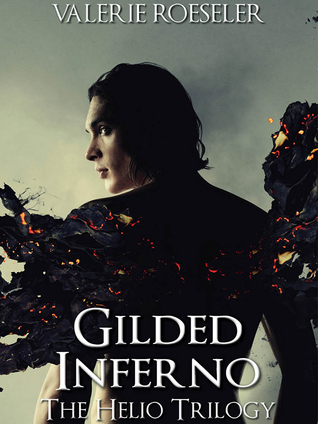 Ivy Harris has been hunted down ever since unearthing her true nature as an immortal weapon created through Divine intervention. She has fought and bled, and loved and lost. Now, withdrawn from the family she gained, the love of her life, Jack, attempts to break through her walls. While she’s lost in the guilt of her past and her first love, Solas, remains in the depths of their enemies, Ivy struggles to find a balance between who she is and who she is expected to be.

A new ally emerges, and Ivy finds herself lying to Jack and her friends as she attempts to save Solas. Putting herself in danger time and time again creates a wedge between her and everyone she cares about. Will she find a way to rescue Solas from the Darkness? Will she be able to salvage the relationships she has destroyed?

[MY THOUGHTS]
3.75 out of 5 stars
Cannot be read as a standalone

Gilded Inferno was more enjoyable than Midnight Divine, but I still had issues with the main character. Ivy was disrespectful, stubborn, and selfish.

Besides her personality, I did like the story of her trying to save Solas. Although... it was annoying how she was able to make certain situations worse.