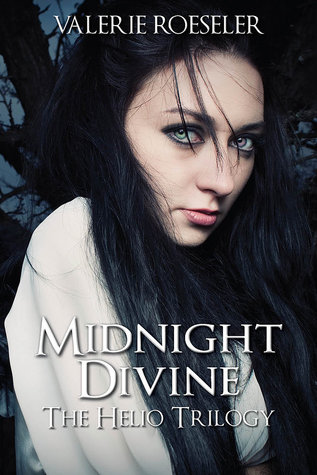 What happens when a ruthless killer with no conscience takes in an irresistible young drug addict on the run from dangerous men?


Leaving her broken home and shady past behind, Ivy Harris is determined to make something of herself. Her new acquaintance, Jack Roe, is irritating and arrogant with a womanizing reputation. Despite his secretive behavior and constant pursuit of her, Ivy finds herself falling for him. When Jack’s secrets are revealed, Ivy discovers her life isn't her own as she's trapped within a conflict between beings of light and darkness.

After a series of dangerous encounters threaten her existence, she finds comfort from a mysterious stranger and gains the loyalty of unexpected forces. The walls Ivy has secured around her crumble in the wake of tragedy, and the devotion of her friends provide her with the family she's longed for. With their safety and her survival contingent on her actions, Ivy has no choice but to become the force of nature she's destined to be.

[MY THOUGHTS]
3.75 out of 5 stars
I loved the idea of Midnight Divine. Angels vs demons. Light vs dark. This book had a lot of good elements, and for the most part I was engaged.

I just had a difficult time connecting to Ivy. She's selfish, reckless, and childish. Common sense does not exist in her head.

And it also felt like the world revolved around her 24/7. She's special... I got it.

This book also connected sai with Egypt... but I'm pretty sure the weapons have a stronger historical connection to Japan.... or Ninja Turtles.

Am I interested in continuing this series? My answer is.... yes. I am curious to see where this will go. Hopefully the characters are more developed in the next book.