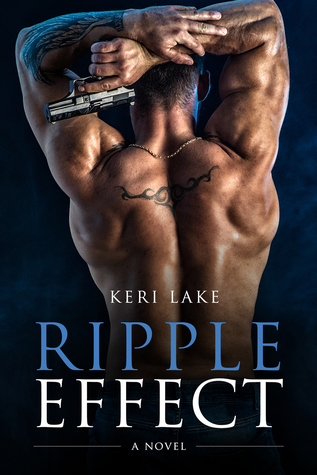 What happens when a ruthless killer with no conscience takes in an irresistible young drug addict on the run from dangerous men?

Ripple Effect is dark, twisted, and full of suspense. I couldn't put this down.

Dylan may be a young girl, but she is smart and experienced in life. Everyday is a struggle. With drugs and abusive adults in every corner, she can't escape. She can never escape.

The only time she drifts off and dreams of a different life is when she looks at a man below her window. A mysterious man facing her from a diner.

Ripley is skilled in many areas. Torturing. Killing. He can't show any weaknesses... but Dylan becomes his addiction.


The attraction between them is dark and painful. This is a must read! I hope that there will be some spin-offs. Bravo Keri Lake!