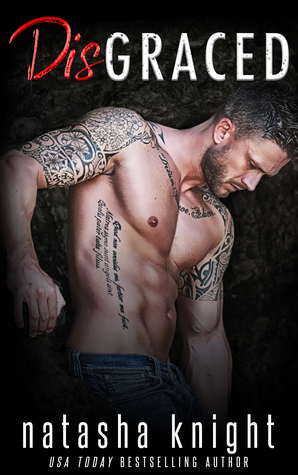 [BLURB]
Disgrace: the condition of one fallen from grace.

She is my forbidden fruit. The one temptation I cannot resist.

The first night…
I rescued her from an attack in the seedy underground of New York City.

The second night…
She told me the first of many lies.

She thinks she can keep me out of her world, but she’s in over her head. Watching her, being near her, it gives breath to something dark inside me. Something primal and forbidden. Forbidden to me.

Because in six months, I’ll be an ordained priest.

And she complicates things.

She thinks she’ll become my disgrace. Truth is, my fall had begun the moment I’d laid eyes on her.

This story occurs a few years after Natasha Knight's Dishonorable, but it can be read as a standalone.

Meet Damon. The younger twin brother of Raphael Amado. He is sexy, dark... and also about to become a priest. He should of been a priest years ago, but doubts always held him back.

Meet Lina. Damon's sister-in-law. She was supposed to be in school in Chicago. But because of her guilt from putting her grandfather behind bars, her life took her to New York. Her decisions also put her in a dangerous position... one that she can't escape.

Although Damon tries to stay on his path to priesthood, the forbidden romance between the two is scorching hot. In addition to the hot romance, the problems that have Lina trapped had me glued to the pages.