Corruption of the Heart by Jessica Manson 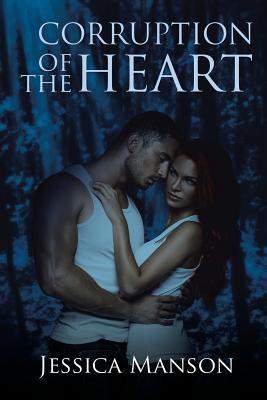 Lilith Carson was a normal girl whose parents died suddenly. She moves to a different state with her aunt, and she cuts herself off from everyone. Until one day, when her crush appears beside her in the library. From there, they fall in love, fast and hard.

Lilith finds out that when she turns eighteen, she will transform into a Vampire-Witch hybrid. When a vampire conceives a female, that female already has a mate chosen for her. When Lilith was conceived, there was a mistake. Her world is turned upside down when she must choose between two guys she barely knows.

Lilith has chosen the guy of her dreams and has settled into a life that she thinks is perfect. But nothing is ever as it seems. She will soon face the ultimate betrayal by someone she loves deeply.

If Twilight and Harry Potter had a love child, this would probably be it. I loved the idea of this story, and it started off really interesting. But unfortunately, I thought that the execution needed some additional work.

Similarities to Harry Potter:
- One day, Lilith is a normal teenager just minding her own business. Then she suddenly comes into power and discovers that she isn't human.
- Lilith's parents died. So she lives with a terrible aunt.
- Lilith isn't just human, but she is a very unique girl that can change the world.

Similarities to Twilight:
- Vampires.
- Corruption of the Heart has a lot of sexual tension. Even though the characters are in high school, this is NOT a young adult book.
- Boys. Hot boys. Super hot boys everywhere. And lots of boys want to be with her. I didn't mind the chemistry between the different guys because I'm a reader that enjoys love triangles and smut. But I have to admit, I rolled my eyes a couple of times because everyone is extremely immature.

Would I read the next book? Yes. I'm really curious about the direction of the story. I just hope that Lilith grows up and everyone acts more rational. Some of the scenes and reactions just didn't really make sense.