The Marchioness (Lord and Master #3) by Kait Jagger 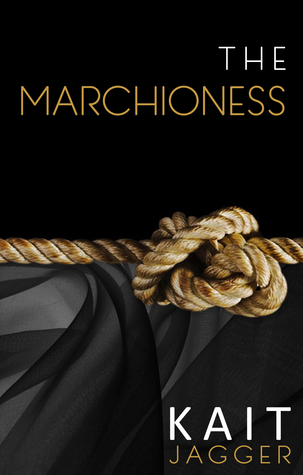 Finally, Luna Gregory is exactly where she belongs: at Stefan Lundgren's side. With the turmoil of the past behind them and their love for each other stronger than ever, the future looks bright – and busy, now that Stefan has assumed the mantle of Marquess of Lionsbridge and Luna is managing his ancestral home on the Arborage Estate. Facing these challenges together, everything Luna has always wanted seems to be within her grasp. A home, a place in the world...and Stefan, the man she knows better than anyone on earth, who sees through to the heart of her and can reduce her to trembling need with a word, a touch.

But their love is about to be tested by a ruthless new enemy, one who will stop at nothing to acquire Arborage. Even as danger and violence spiral around Luna and Stefan, Luna's past is catching up to her – the dark truth of what she is, what she's capable of. Soon she'll have to decide how far she'll go to protect what she loves, whether she's prepared to risk losing it all.

The final searing instalment in the Lord and Master Trilogy.

The Marchioness is the third and final book in the Lord and Master series. Luna and Stefan are now up against a wealthy Russian that wants the Arborage Estate at all costs. It's up to them to defend their historical home.

The story is steamy just like the previous books in the series, but I kind of felt a little disconnected. I'm not sure if it's because it's been such a long time since I've read books 1 and 2, but my feeling towards the characters have died down tremendously.

I also had some difficulty focusing on the story at times. I feel like there are areas that should have been omitted or shortened.

As a series, Lord and Master is a great steamy read. I'm just a little unsatisfied with this final book.