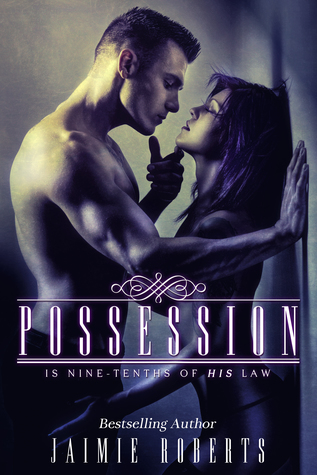 On my fourteenth birthday, I was promised to a very wealthy man... A domineering man. A powerful man. On that day, the first of two transactions were made with my very unloving parents.

Although promised to this man, I at least remained safe ... untouched ... pure. I was to be his and his alone.

On my eighteenth birthday, the second transaction took place.

And, as if all of that wasn't enough, he wants to own my heart too.

I’m trying to resist him—trying to fight that irresistible monster inside of him. But, as with everything else in my life, nothing is ever that easy.

Possession was painfully difficult for me to finish. I've read and enjoyed other books by Jaimie Roberts, but this one wasn't for me. It just... didn't work.

I couldn't connect to the story or the characters. I found Evelyn extremely annoying and Drake was pretty bland even though he had a secret. The side characters were also uninteresting.

Even though my experience wasn't a positive one, this won't stop me from reading other books by Jaimie Roberts.