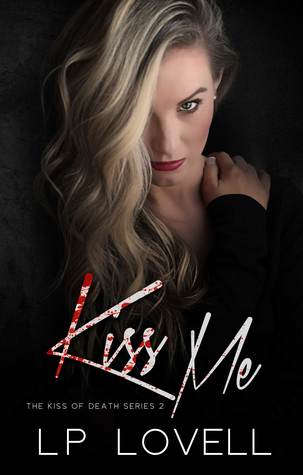 I’m running.
I have more enemies than even I can fight, and a five-million-dollar price tag on my head, all because I helped Nero. The hunter has become the hunted, and now I have a life to protect—an innocent baby. And that suddenly feels like the most important mission I’ve ever had. I’ve never been so invested in surviving, so let them come. I’ll kill them all.

I had a plan and it was perfect.
She was my queen, my ultimate weapon. She played her part and helped bring me the power I sought above all else, but at what cost? Now she’s all I want, all I need. Una is mine. I will kill anyone who stands between us and burn the world to ash just to keep her.

A pending war. A test of survival. A partnership that would see their enemies tremble in their wake.

A ruthless king. A savage queen.

Kill me or kiss me?

"We don't get happily ever afters."
- "Even monsters breed, my love"

Una and Nero are back! More bloodshed and explosions! I couldn't put this down.

Una is on the run because she doesn't want Nicholai to get his hands on her unborn child. If Nicholai gets her child, the child would become the ultimate weapon.

All she wants to do is to do one good thing in her life, and she wants to give the child to a loving family. A normal life. But her dreams are just dreams. Reality has other plans for her.

Una and Nero are in a war with unfavorable odds. Although there are a lot of exciting scenes, there are also a lot of parts where the characters just wait for Nicholai to make a move. I wish some parts sped up a bit. But even with the waiting, I still loved the action and steamy scenes.