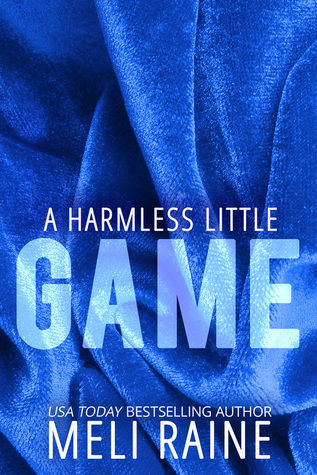 Four years ago I lost my virginity on live, streaming television.

Too bad I wasn’t awake for it.

The video went viral. Of course it would. A Senator’s daughter on camera? Wouldn’t you click “share”? Besides, that’s what three of the four guys in the video did.

But that fourth guy? The nondescript one in the background in the upper left corner of the screen, just sitting on the couch? The only one who did nothing?

Not one single thing.

That was my boyfriend, Drew.

And that was the last time I saw him.

Until today, when my father—now on a path to the White House—hired him as head of security for my new team as I return home after four years of “recovering” in an undisclosed location that involved white lab coats, needles, pills and damage control.

You see, the other three guys never went to jail. Never had charges pressed.

* * *
A Harmless Little Game is the first in this political thriller/romantic suspense trilogy by USA Today bestselling author Meli Raine.