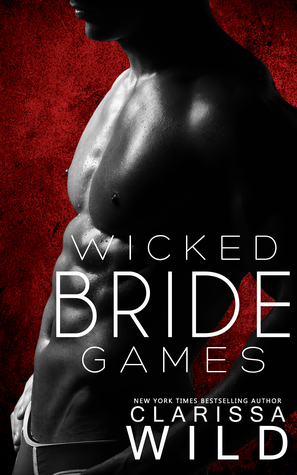 [BLURB]
Fifty million dollars for three weeks of your life in the hands of a total stranger. Would you do it?

When Naomi Lee finds herself out of a job and out of the money she needs to pay her father’s medical bills, she receives an anonymous letter, containing an offer she can’t refuse.

Max Marino, a wealthy businessman, wants her and he’ll pay any price.
Three weeks of her time, no-holds-barred, in exchange for fifty million dollars.
With no other means to pay her bills, Naomi has no choice but to accept.

However, Naomi isn’t the only one who signs the contract.
And Max isn’t alone in his deal.


WARNING: contains explicit situations, dubious consent, graphic violence, and other disturbing content. Includes scenes involving multiple men & women being dirty together. Every boundary is crossed. Read at your own risk.

The games are intense and dirty. There are also some sexual scenes that are disturbing. As the POV switches between Naomi and Max, the reader gets to experience everything going on from different angles.

Naomi and Max know what needs to be done in order to have it all. So, get ready for some drama and bloodshed.