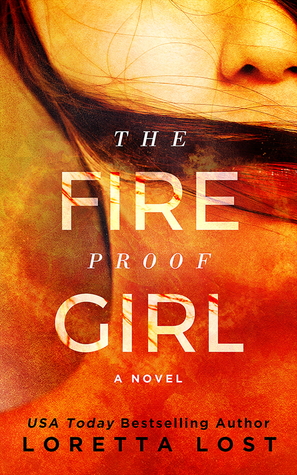 [BLURB]
Abandoned at birth, Sophie Shields grew up in abusive foster homes, escaping into books and computers for solace. When the constant danger became too much to bear, she ran away, thinking she could survive on her hacking skills alone.

That was until she met Cole Hunter. He became the only person she could trust: her family, her friend, her partner-in-crime. Her everything. After struggling through college and starting their lives together, she believed that nothing could ever tear them apart.

And she’ll do everything in her power to fix what is broken. If it isn’t too late…

When Cole was nine years old, he watched his whole family burn to death in a house fire. Fueled by years of obsession, he started one of the world’s leading architectural firms, with a mission to design homes resistant to fire, earthquakes, floods, and every threat known to man.

Sophie was his secret weapon. She was his purpose. Since they were teenagers, he was determined to build a better life for her, so she could finally be safe, and they could be together.

But disaster has always followed Cole around, ripping away everything he loves. This time, if he isn’t careful…

Sophie Shields never had it easy. She never knew her parents and has only experienced abuse during her time in the foster care system. She felt like her life was meaningless and worthless until a young boy entered her life.

Cole eventually becomes a famous architect, and Sophie ends up working for the CIA as a code breaker. When she hears about his murder, her life shatters. She doesn't believe it, and she uses her code breaking skills and connections to find the truth.

As she follows a trail of clues and old letters, the story switches from the past and present. The precious moments from the past are raw and emotional. It felt like someone was punching my heart.

The Fireproof Girl took me by surprise, and I could not stop reading this book. I loved the romance, mystery, and angst. This beautifully written story kept me continuously guessing, and I can't wait to read The Bulletproof Boy!