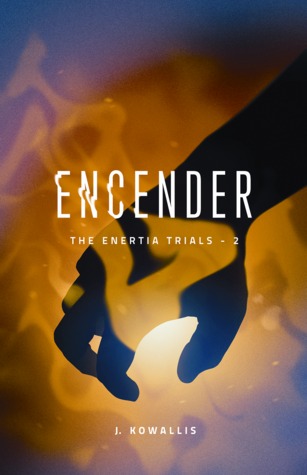 [BLURB]
They say you feel cold when you die.
The people I’ve killed would beg to differ.

For twenty-something Ransley, the adopted daughter of famed street fighter Estevan Benitez, fighting is all she knows. One hidden detail separates her from the endless string of her pathetic opponents: she can craft and influence heat and fire.

When she’s pitted against the strongest fighters at the infamous Argolla, Ransley faces something she never expected:

Roydon can duplicate himself. When the two collide in the ring, a chain of deals turns Roydon over to Public Four and he’s taken away to undergo the disturbing process of the Nexis. What it is, or what it does, no one outside of The Public knows.

Driven by guilt and a desire to release the only person she’s ever met who’s like her, Ransley isn’t about to leave him for dead—not when he might hold the answers to her missing past. Now she must trust a pair of strangers: a former military man out to collapse the system, and a woman whose premonitions could tear them all apart.

I really enjoyed the first book in this series, but Encender wasn't as enjoyable to me due to the main character.

I get why Ransley is a stubborn person. She's very emotional and passionate about the things around her, which makes sense since she can control fire. But there were moments where she just drove me absolutely crazy.

My favorite part was when Reggie and Nate came back into the story. I also loved the twists involved, and I can't wait to see how this series ends!