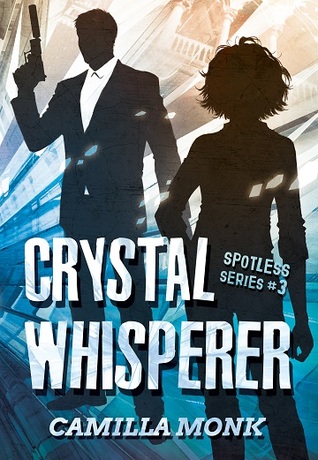 [BLURB]
Sweet Jesus, this is it! Or maybe not.

Perpetually foiled romance heroine Island Chaptal and reformed cleaning expert March —or is it Mr. November?— are enjoying a pleasant break in South-Africa, after brushing death in the inhospitable and platypus-infested mountains of Liechtenstein...

That is, until a commercial flight disintegrates over the Atlantic, killing hundreds, and Island's supervillain dad makes the news as the mastermind behind the attack. Old Lion Dries is now on the run, and he calls upon his last ally —and favorite disciple— March.

From the streets of Venice to the turquoise waters of French Polynesia, March and Island embark on a deadly race against the clock to find out what secrets lie behind Dries’s downfall, and stop the mysterious “Crystal Whisperer” before it’s too late. This time, though, there might just be no winning against futuristic weapons, CIA agents, Roomba cats, (reluctantly) evil henchmen, and dads who won’t let you get your groove on, dammit!

Island and March can't catch a break. Her wish of finally losing her virginity is extinguished by a new deadly threat. Someone wants to capture Island and eliminate March. Island's biological father is also a target.

The story is action packed and there is never a dull moment. This book isn't as random as the previous books, but it is just as funny, quirky, and cheesy.

My favorite part of this book is reading about March and Dries's history. It's really complicated, and I just know more will be explained in the next book. Island and March are also a little different as they try to make their dangerous relationship work. Like every couple, they have some trust issues to work on. Unlike every couple, they have to survive to live another day.

If this series is new to you, I highly recommend starting from book 1 to get a better sense of all the characters. If you love cheesy scenarios, cats riding on Roombas, and silky chest hair, you need to pick this up!