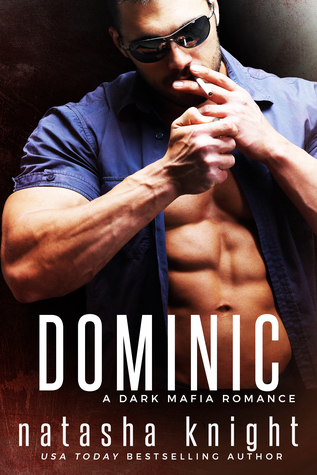 Gia was just a job. Just another girl caught in a world of monsters.

It didn’t matter that I liked the look of her.
I didn’t care that she cringed when she saw my soul.
I liked it.
I liked her fear.
And I wanted her.

Monsters didn’t get to live happily ever after, though. I knew one day I’d have to go back. Because time neither forgave nor forgot.

And neither did I.

Old debts needed to be settled. Enemies punished. It was past time I returned to the family business. I’d been gone far too long.

All my life, I believed in fairy tales. Not the Disney kind. Never those. I always knew life was darker than that.

I was the daughter of a foot soldier. The sister of a snitch. A nobody.

Monsters had been part of my life for as long as I could remember, but none as dark as Dominic Benedetti. None as cruel. None as broken.

I had no illusions about what he was. I had no desire to save his soul. And I couldn’t care about his bleeding heart.

But love isn’t always beautiful. It could be a twisted, ugly bitch.

I’d always known this was the kind I’d find. The only kind that could touch me.

Author’s Note: Dominic is a steamy standalone romance. He is the ultimate Anti-Hero, so be prepared for a crazy, rough ride. To fully understand Dominic’s actions, I recommend reading the first book in the Benedetti Brothers duet, Salvatore.

This book is intended for mature readers. No cliffhanger and no cheating.

Dominic can be read as a standalone, but in my opinion, I think it's more enjoyable reading it after Salvatore to get a better sense of the family's history.

Dominic hasn't had an easy life. His past made him run away from his mafia lifestyle to live like a monster. Training girls for auction. When a girl connected to his past becomes his next assignment... everything changes.

Gia had to witness her brother's murder, and she vowed to get vengeance. She's been betrayed and lied to. And now she's being abused by a man to be sold at auction. She feels something familiar with her captor, and together, they end up fighting their past.

I loved these two. They are dark and sexy, and they aren't afraid to get their hands dirty. I also enjoyed seeing characters from the previous book. I can't wait to see what Natasha Knight brings us next!