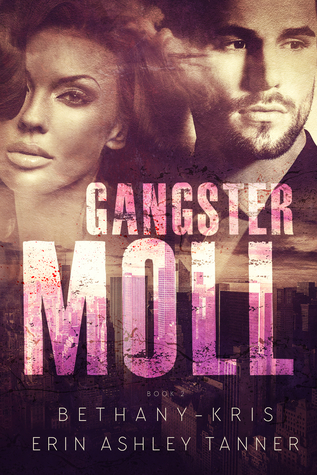 [BLURB]
As a newly Made Capo in the Pivetti Crime Family, all eyes are on James “Mac” Maccari, and not for a particularly good reason. The way to his new position in the family was paved with blood, and that left some all too suspicious of where—or who—he might be going after next. Mac isn’t interested in playing to the politics of other Made men or Cosa Nostra. His only goal is to keep his promise and be waiting for his gun moll when she’s finally released from prison.

Until all hell breaks loose … again.

Fresh off her six month sentence, Melina Morgan is all too ready to get back to life, and Mac. The mafia life has been one learning curve after another, but with Mac at her side, there’s nothing that they can throw at her that she can’t handle. Even with a ring on her finger, and a new last name to go with it, Melina won’t be domesticated. But with a man like Mac, he wasn’t exactly looking for that kind of a woman, anyway.

When directed attacks start to happen, taking the lives of some of the highest Made men in the Pivetti family, distrust and unrest begins to breed throughout the ranks. Someone is making a move on the boss’s seat, and it seems far too easy to put the blame at Mac’s feet when every single attack is somehow connected to him. All over again, Mac and Melina find they’re fighting an uphill battle to keep each other safe and survive.

But this time, they might not be fighting alone …

I'm a big fan of these writers, but this sequel wasn't a 5 star book for me. The pace of the story was a little slow in the first half. Mac also spoils Melina rotten... to the point were it just felt like a billionaire novel.

I did love the new characters added to this book, and I grew attached to some of them. The plot also thickens because the organization has a rat. I look forward to see what happens next.