Sachael Dreams (The Mine #1) by Melody Winter 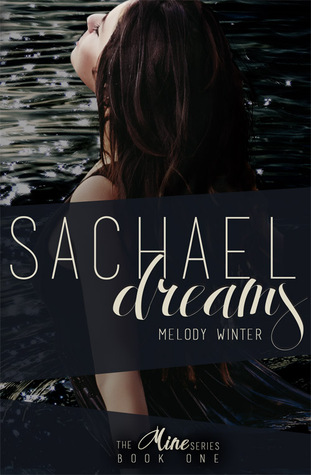 [BLURB]
Twenty-two-year-old Estelle Bailey has had enough of busy city-life and her hot-tempered ex. She escapes to the seclusion and peace of her family’s clifftop home in Ravenscar, where the soothing solitude whispers to her soul as strongly as the sea itself does. But her newfound contentment is interrupted when a mysterious man—a Sachael, master of seduction—joins her midnight swim unexpectedly.

Estelle struggles against his charm and the overpowering attraction she feels for him. He offers her a life she never could have imagined, a life beneath the waves . . . but at what cost? Before she can decide, she’s captured, ensnared by the Sect, a secret enemy of the Sachaels, becoming a pawn in a war she knew nothing about.

Now, she’s left with a new choice—escape the clutches of the Sect and flee into the ocean, or side with her alluring, intimidating captor and destroy the Sachaels forever. Can she turn her back on the man she might love, or will the secret of her heritage change everything?

Set against a picturesque backdrop, Sachael Dreams is the first in a new series, exploring themes of romance, love, and identity, and the struggle that happens when all three collide.

I agree with a lot of the reviewers when they say that the pace is slow. The author goes into detail to describe the waves in the ocean, the colors in the sky, and the many thoughts going through Estelle. But even though the pace isn't fast, it's perfect for this story.

Estelle is a special girl. She just doesn't know it. Her father died when she was young, and her mother is at a care home. The only time she feels safe and whole is when she is near the ocean. On one special day, she is pursued by a Sachael. His name is Azariah.

Sachaels look like humans on land, but when their bodies touch water, their limbs become webbed. They also have gills. Azariah is mesmerized by Estelle but problems come up when others notice her too.

It's so easy to fall in love with Estelle and Azariah. Azariah is a bit awkward and speaks differently since he doesn't have much experience interacting with humans, but he is still a very chivalrous gentleman Sachael. I can't wait to read the next book!