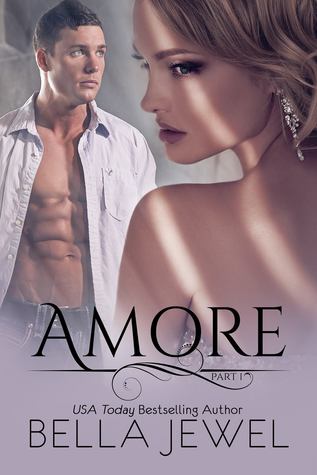 I’m just a normal girl.
Or so you would think.
I’ve never thought of myself as anything different.
Until I met him.
He doesn’t think I’m normal.
He thinks I’m special.
Special enough to be in his life.
Special enough to enter his world.
Special enough for his bed.
Rafael Lencioni. Dangerous. Beautiful. Terrifying.
My story is the one that’s never told.
I’m not the daughter.
I’m not the wife.
I’m not the forbidden lover.
I’m not a sister or a mother.
I’m not who you think I am.
So for me to fit into their world, I have to do something I never wanted in my life.
Something I would have frowned upon until I met him.
I have to change who I am.
I have to shut down my heart.
I have to accept my place.
My body belongs to him.
My heart isn’t permitted to.
Those are his rules.
But rules were made to be broken…right?

This is one HOT book. I love how this story is about a romance between a mistress and a sexy mafia boss. It's an edgy forbidden romance, and I couldn't put it down.

Julietta is just a normal girl having fun with her girlfriend at a club. Her sexy carefree personality attract a lot of attention... including the boss of a mafia.

Rafael goes through mistresses like it's nothing. It's normal in his line of business. A boss that doesn't have something on the side looks bad. His wife knows what the life involves, and she acts like the proper wife. They care about each other, but there's just not much romance between them.

Julietta lights a fire in Rafael. He can't get enough of her. She knows that he's married and she has to follow the rules. She feels ashamed of herself, but he's like a drug.

The romance and chemistry is off the charts. There is also some mystery involved in the story. The ending is a cliffhanger, but the next book is coming out soon. I'll be counting down the days!