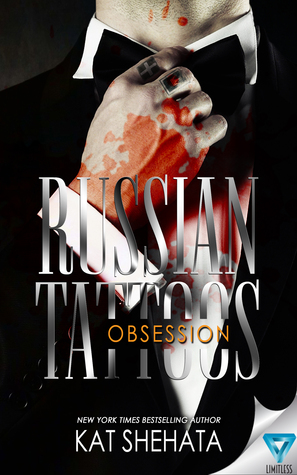 Competitive tennis player Carter Cook wants a taste of freedom. Her overprotective father monitors every aspect of her life, so when he becomes employed by Vladimir Ivanov—a sexy Russian with an array of tattoos and an accent that weakens her knees—a bit of danger is within Carter’s grasp. Behind her father's back, she enjoys spending time with Vladimir at his lavish estate. But is he really the upstanding businessman she believes him to be?

Vladimir spent five years of his life in a Siberian prison camp and has earned every tattoo inked into his skin. He is a powerful man who gets what he wants, and after stalking the gorgeous tennis player for years—he wants Carter. A little charm melts her heart, and behind the scenes, he orders his henchman to track her every move.

He’s a tattooed stick of dynamite ready to blow at the slightest spark.

As their romance reaches deadly levels, Carter senses something’s not right. When she’s lured into a compromising position at the hands of a shady European drug dealer, she calls in Boris, Vladimir’s right hand man, to rescue her—without telling Vladimir. With his authority questioned, he sets out to teach Carter a lesson about loyalty she’ll never forget.

When Carter realizes she's in too deep, she must fight for her freedom before the attraction turns fatal.

But the Russian bratva plays for keeps, and Vladimir’s fierce lust to possess her spirals their romance out of control.

I regret nothing. I'm so happy that I got a chance to read Russian Tattoos. It wasn't what I was expecting.

I understand why some of the readers don't like Carter. She acts young and makes some bad decisions. But I can't blame her because she just wants to be a normal college girl. It also doesn't help that her beauty attracts the wrong attention.

My connection with Carter grew stronger the deeper I got into the story. I loved her thought process, humor, strength, and goodness. It's not surprising that a mafia boss would be obsessed with her.

Vladimir has always watched Carter from afar. To keep her safe, they could never meet. Being public with her would only expose her to danger. But when he heard that Carter's father was in debt and jobless, Vladimir comes to the rescue and offers him a legit job.

There were moments where I wasn't sure if I should hate or love Vladimir. He's a romantic hero one minute, and then later he's the ultimate jerk. Some of the scenes were pretty abusive... but I loved every single moment in the story.