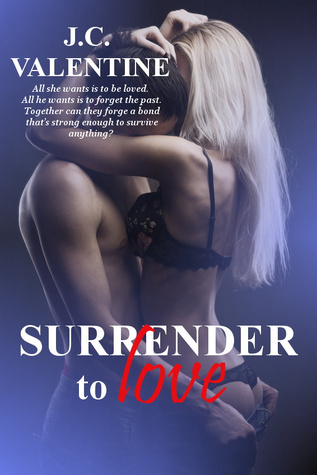 [BLURB]
After finding herself out of luck and out of love, Patricia Jacobs has written off the male species. No one but her father has ever given her the love and devotion she knows she deserves, and she’s sick and tired of it. Until she collides, literally, with a man whose devastating smile and seductive charm that should be considered illegal, destroys her plans. He’s everything she’s ever dreamed of in a man: handsome, intelligent, successful, they share a love of cars and best of all; he looks at her like she’s his light in the dark. What more could a girl ask for?

Jonathon Bradshaw, destroyed by a past that has haunted his every waking moment for the last five years, isn’t looking for a serious relationship, until he meets Patricia. Sweet, saucy and as hot as the summer is long, Jon can’t deny the draw he has toward her. For the first time, he has hope. Determined to shake the ghosts of his past, Jon focuses on forging a future with Patti, but he’s always been a master at standing in his own way.

When Jon’s past refuses to be forgotten, will Patti be able to live with the truth about the man who’s stolen her heart?

Patty gets laid off and finds her boyfriend cheating on her. She's pretty much done with men, and doesn't trust herself in selecting another guy. The next man is probably going to be just like everyone else. Lying, cheating sleazeballs.

When she goes out with a group of her friends, she meets Jon at a club. Unfortunately, the two sexy women on his arms give Patty more reasons on why men are pigs.

Jon avoids serious relationships like the plague, and only seek temporary companionship with women. Seeing Patty at the club confuses him, and he can't stop thinking about her.