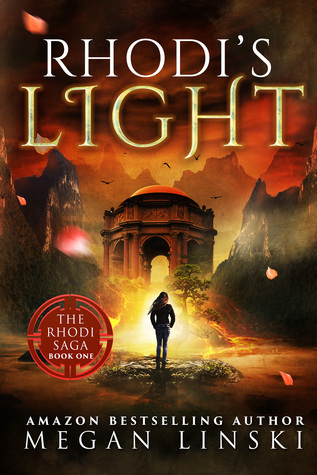 These are some of the powers gifted to the Rhodi, an ancient sect of assassins who defend Crescentia, a dystopian world with a dying hope.

Dyliana Fairsson is one of them. After losing her parents to a suspicious accident, she and her twin brother, Devin, join the Rhodi to avoid starvation. Under the direction of her master, Dylan struggles to learn the strength of her magic …as well as hide the growing scars on her wrists. Can Dylan become the warrior, the hero, she’s destined to be? Or is she fated to fall from the light into the darkness?

The first installment in the epic fantasy series by bestselling author Megan Linski, Rhodi’s Light is an action-packed thrill ride that will leave readers begging for more.

Rhodi's Light sucked me in immediately. It's a YA dystopia with a lot of fantasy. There's action, loss, and love. It was a one of a kind adventure, and I couldn't stop reading.

So what is a rhodi? They are protectors of peace. Almost like jedi knights... but no lightsabers and no Force. Each rhodi has a special power unique to their own. Unfortunately, there are only a handful of rhodi's left in the world because of a war.

Dylan and Devin are twins. They lose their parents in a tragic accident and have no where to go. Rhodis take them in, and Dylan and Devin gain a new family. As young rhodis, they discover their new powers and help their masters in the fight against evil.

This fantasy is so creative, I can't stop thinking about all the unique characters. It's filled with super powers, from rapid speed to crazy transformations. A brilliant beginning to an entrancing series. I can't wait to read book 2!