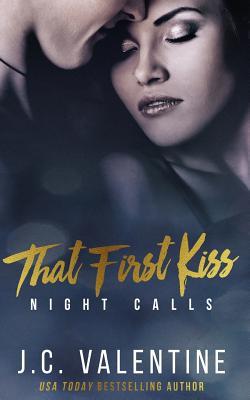 [BLURB]
Mercurial and charming, Tate Larson is a rising author and playboy who has a different woman on his arm every night of the week. Focused on his work, Tate has no plans to settle down any time soon. That is until he meets his pretty new assistant, Piper Donovan. Desperate to escape the promise of backwater living, Piper ditched her Alabama hometown and never looked back. That was almost two years ago. Now that she is out of a job and her bank account is running on fumes, she's desperate to find a job, fast. She finds the break she is searching for when she lands a position at JB Publishing. A little dancing and a lot of drinks with the girls seem the perfect way to celebrate. After a brief but explosive encounter with a man she was never supposed to see again turns out to be the same man she will be bending over backwards to please, her every instinct tells her to run. But when running means leaving the life she has struggled so hard to create, Piper decides her only option is to continue working for the devastatingly sexy Tate Larson...even if it kills her. Unable to deny their growing attraction, they struggle to keep their distance in a relationship that requires anything but.

[MY THOUGHTS]
Can be read as a standalone

The beginning of That First Kiss is so hot. Tate and Piper see each other at a busy club, and they finish their night in a public restroom. They don't exchange numbers or talk about anything personal. The entire night is just one sexy mystery.

Unfortunately, the mystery comes to an end when Piper starts her new job as Tate's assistant.

Tate is bossy, demanding, and sometimes irrational. They try to keep things professional, but their attraction is inevitable.

For me, the relationship between them went back and forth way too much. There was a lot of jealously going both ways. The beginning and ending were spectacular, but I think some of the sections in the middle could have been cut out.

If you read the first book, you'll probably enjoy seeing Poppy and Felix again. If you haven't read it, this can easily be read as a standalone.