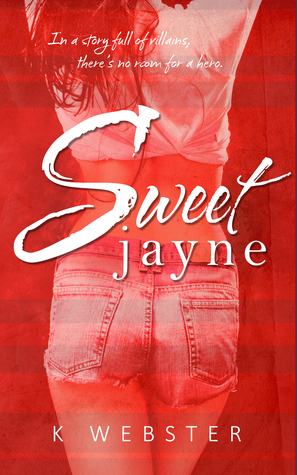 Sweet Jayne is a complicated girl…

She needs Kasper.
She hides from Donovan.
She has a plan for Logan.

But maybe complicated Jayne isn’t so sweet after all…
In fact, she might just be the biggest villain of them all.

WARNING: Story contains dark taboo themes and violence both sexual and physical which could trigger emotional distress in reader. 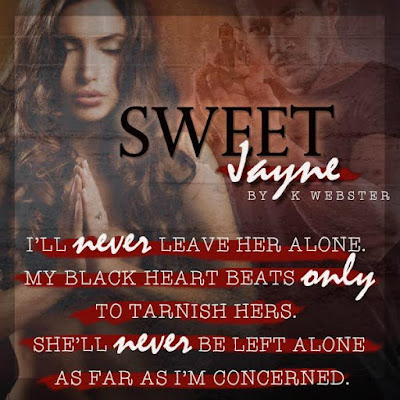 [MY THOUGHTS]
Sweet Jayne will make your head spin. There are a lot of dark moments in the story, but you'll love every minute of it.

When Nadia's mother got married to a rich business mogul, they left Argentina and moved to America. At first, she thought Donovan was a creepy stepdad. But when Nadia witnessed her friend get kidnapped, he became her best friend and best supporter.

Logan is a messed up guy that believes he owns Nadia. He's abusive, crazy, and nasty. But he's still one of my favorite characters. In some crazy way, I understand him.

"She's mine to ruin and destroy."

Kasper hates Nadia because she was the only witness to his sister's kidnapping. He find her testimony useless and unhelpful. He is angry and hurt, and the only person his mind can focus on is Nadia.

Nadia is just surrounded by a lot of strong men. And in some strange way, I love all of them.

K. Webster is a genius, and I can't wait to read more from her.