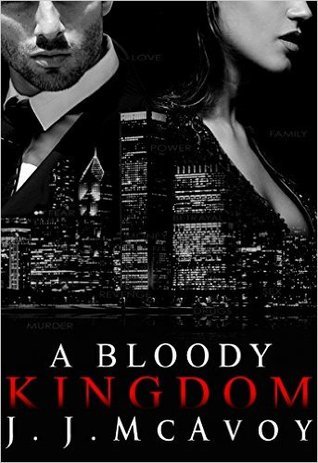 [BLURB]
It has been eight years since the Callahans defeated Avian Doers and conquered Chicago. Melody is now the Governor and public face of the family, while Liam rises as the Ceann na Conairte of both the Irish and Italians.

Their reach is limitless; their power endless...but is it possible to have too much power? Can Liam and Melody raise a family, a city, and an empire?

Only a fool would try to stop them now....

"You are mine, Liam. You belong to me. Your face, your body, your heart, your soul, you sold it to me and I sold mine to you. So if I die, you die. If you die, I die. As long as there is air in your lungs, there is air in mine."

My emotions were everywhere. One minute I was laughing, and then later I was crying my eyes out. This story was told perfectly. Who knew that this series had room to become better?

It's amazing how much Melody and Liam have changed since the first books in the series. Both of them have learned from each other. Become better versions of themselves. But now that their mansion is full of children, they have so much more to lose.

Melody is still crazy, tough, and calculating, but now she's the governor of Chicago and a loving mother. She understands that being born into a mafia family isn't an easy life. So as the kids get older, she and Liam stop babying them. There are enemies everywhere, and everyone needs to be prepared.

Just like the previous books, the POV switches between everyone. Liam, Melody, Neal, Mina, Declan, Cora, and even the children. There's so much blood and pain. I had to take a couple of breaks to wipe my tears. Out of all the books in the series, Bloody Kingdom is my favorite. Hands down.

A part of me hopes that the series will go on. I wouldn't mind reading about the new generation of Callahans... But why mess with perfection? Thank you J.J. McAvoy for this amazing journey.