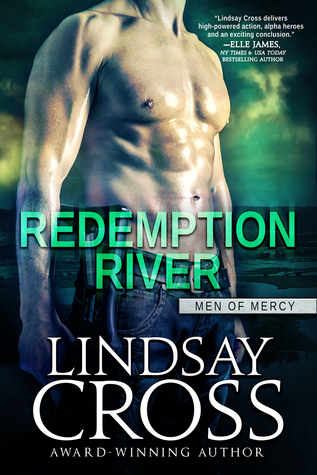 Until one mission turns his world upside down.

He left Mercy to fight for his country and escape a broken heart. Years later, he is hard. Cold. A man without mercy. Part of an elite Task Force, he tracks a brutal terrorist to his home town. And runs into the woman who betrayed him…

Evangeline Videl was destroyed when Hunter left. Determined to move on, she finds another man, but discovers too late the monster hidden beneath his smooth smile. Struggling to find the conviction to live, Evie finds her life spinning out of control.

Forced to band together to find the terrorist before its too late, Hunter and Evie must learn to forgive or risk losing the promise of redemption and their lives…


"He needed her to love him. To want him no matter where he was stationed. He needed someone to come home to."

This was a great beginning to a series. There's action, steamy romance, and some drama. The story does follow a romance formula where the the characters are a bit angry at each other. Then the hero falls in loves and saves the damsel in distress.

The story line was be a bit cliche, but the journey was exciting nonetheless. There is some abuse involved in the book, but it's brief. I am definitely interested in reading the other books in the series.