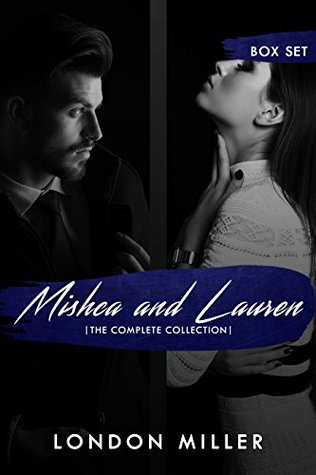 [BLURB]
Lauren was just a girl looking to make a fresh start in New York City, until she meets the man that will change everything she thought she knew. Spanning over two years, from the very beginning, until the sweet end, delve into the Volkov Bratva world and learn how it all began.

More importantly, was the man seated behind the cherry-wood desk. He was in his late fifties from what Mishca had told her, but just by looking at him, she wouldn’t have guessed that. His eyes were a dark gray, his black hair graying at the temples. Upon seeing her, he smiled, standing to his full height, which was just a few inches shorter than Mishca, and came around the desk, extending his hand.

“You must be Lauren,” he said coolly, his accent much thicker than Mishca’s, making Lauren have to concentrate to understand him. “It is nice to finally put a face to the name.”

“Nice to meet you, Mr. Volkov,” she said, taking his hand. He had a firm handshake despite his age, and made quite the imposing sight. Whereas Mishca was lean, he was built like a bull.

“Please,” he said, waving a hand. “There is no need for such formalities, call me Mikhail. I trust you have met my wife, Anya.”

“Yes,” she replied, smiling over at Anya.

“Please have a seat,” Mikhail offered, gesturing out to the comfortable looking wingback chairs that were grouped together near the fireplace. “I must confess,” he went on after they were all seated, “when Mishca told me he was going to bring a girl here, I was astonished. I have never met any of the girls in his life.”

Lauren’s brows shot up as she glanced at Mishca. A muscle ticked in his jaw, but he didn’t comment.

“He must care for you greatly to bring you here.”

Mishca scoffed. “You’re going to scare her off.”

Mikhail’s face split into a grin, his eyes warming. “Nonsense. It is a reasonable assumption, no?”

They broke out into a heated discussion in Russian, snapping back and forth, but while Mishca seemed to be growing angrier, Mikhail only appeared amused.

“Would you care for something to drink, Lauren?” Anya asked, cutting in over them, walking over to an antique whiskey service that held several carafes of dark Amber liquid and a couple bottles of water.

She looked between Mishca and Mikhail, shaking her head. “No, I’m fine. Thank you.”

Mikhail turned his attention to the bay windows as a car drove up. “It looks like your sister is here. Could you escort her in?”

Mishca hesitated, his eyes flickering to Lauren, but he ultimately stood and walked out without glancing back.

“You’ll have to excuse my son,” Mikhail said conversationally, as he accepted his drink from Anya. “Love makes a man blind.”

She was momentarily taken aback by what he was saying. To be honest, she had never thought that they were there in their relationship.

“You don’t think so?” He asked reading her expression. “You are more important to him than you realize.” 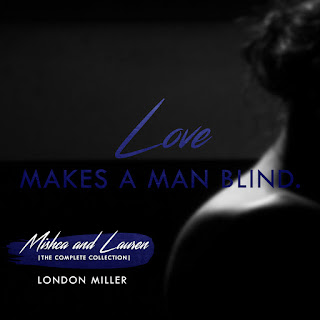 After I finished the spin-off, Red., I knew I needed to get the Volkov Bratva series. The beginning was a bit slow, but once things picked up, it was difficult to stop reading.

Lauren is an innocent girl trying to start a new life in The Big Apple. She loves college and meeting new people. They don't know her past. They don't know that her father was murdered. Everything is normal... until she runs into Mishca.

It's hard not to love Mishca. He's dangerous with a soft side. He falls hard for Lauren's purity and strength, but his position in the mob doesn't allow him to be with her. Not only does she not understand his world, but her father was involved with the mob before he was murdered.

A lot went on in the story, and it was a thrilling roller coaster. Get ready for betrayal, murder, and drama. I am now a big fan of London Miller.