The Second Wife by Kishan Paul 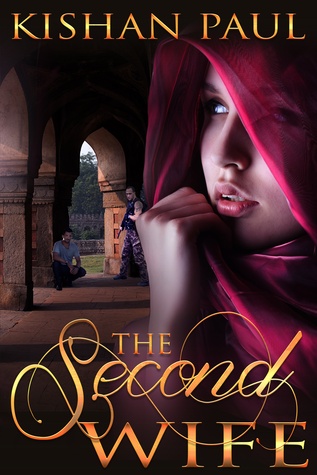 Twenty-eight-year-old Psychologist, Alisha Dimarchi, is abducted by an obsessed client and imprisoned in his Pakistani compound for over two years. Forced to change her name and live as his second wife, her life is filled with trauma and heartbreak. Thrust into a world of violence and oppression, Ally must fight not only to keep herself alive but to protect the lives of the people she now considers family. At night, she retreats into her memories of the only man she has ever loved – a man she believes no longer loves her.

Thirty-four-year-old handsome surgeon, David Dimarchi, has spent the last two years mourning the disappearance of his wife. After a painful and isolated existence, he begins the process of healing. It is then that he is visited by a stranger, who informs him that Ally is very much alive and needs his help. In a desperate attempt to save her, David enlists the help of a mercenary. Together they find themselves in the center of more than just a rescue mission. Will he be able to reach her in time and if he does, will she still want him?

Alisha was abducted by a powerful terrorist. She was abused, tortured, and broken. The only thing that encouraged her to survive was thinking of her husband in Philadelphia.

"Your name is no longer Alisha. It is now Sara Irfani. You are the wife of Sayeed Irfani."

After two years in Pakistan, she was shown a picture of her husband being intimate with another woman. Her heart ripped into pieces, but she still found a way to stay strong.

David was pretty sure that his wife was dead... but he kept thinking what if...

What if Alisha was alive and she came back home?

He didn't make any changes in his apartment because he never let go of his hope. When he got word of her location, he promised himself that he will not lose her again.

There were a lot of moments where I almost cried because it felt like I was drowning. The story isn't your typical romance story. Alisha is so sexually and emotionally abused, she can't even touch David intimately. If you're looking for something that will give you butterflies in your stomach, this is not it.