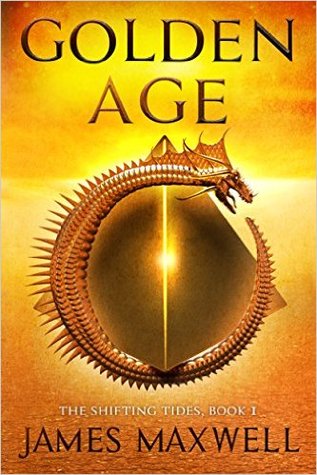 I'll be using my credit on Golden Age by James Maxwell.

The discovery of a strange and superior warship sends Dion, youngest son of the king of Xanthos, and Chloe, a Phalesian princess, on a journey across the sea, where they are confronted by a kingdom far more powerful than they could ever have imagined.

But they also find a place in turmoil, for the ruthless sun king, Solon, is dying. In order to gain entrance to heaven, Solon is building a tomb—a pyramid clad in gold—and has scoured his own empire for gold until there’s no more to be found.

Now Solon’s gaze turns to Chloe’s homeland, Phalesia, and its famous sacred ark, made of solid gold. The legends say it must never be opened, but Solon has no fear of foreigners’ legends or even their armies. And he isn’t afraid of the eldren, an ancient race of shape-shifters, long ago driven into the Wilds.

For when he gets the gold, Solon knows he will live forever.