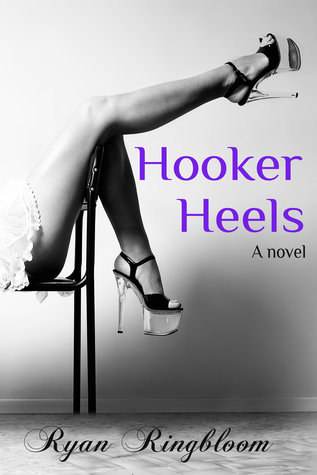 Kenna Winston's world revolves around money, and the men who spend it. Men are mere pawns in the game that she calls life. However, her game is about to change once she's offered a business contract with some interesting caveats. Kenna has to decide whether she is ready to up the ante and play in the big leagues. Or decide if the proposal being offered is crossing the line, even for her. With her heels high and morals low, she wonders what will happen if her heart gets involved?

Oh that's right, she doesn't have one.

Zackary Knight has always had things handed to him. That's not the life he wants. Can't anyone see that he goes deep, that he's more than just a shallow dollar sign? Who is this beautiful woman who just appeared on his doorstep? Is she someone he can finally open his heart up to?

Because his heart, it's a big one.

[MY THOUGHTS]
When I read the blurb, I was thinking this was just going to be some average cliche love story. There were some moments where it was a bit predictable... BUT I ended up LOVING it!!! I got attached with Kenna and Zach almost immediately.

Chef Zach's father told him that with his name, the only woman he'll end up with will only be with him for his money. He didn't believe it. Someone is out there for him that not looking for his fat wallet. When he had a disagreement with his father about the direction of a restaurant, his father had a plan to distract him.

Kenna learned from her mother that in life you have to take what you can get and move on. Sleeping with men was her paycheck. But what happens when you're getting old and not the freshest meat in town?

When she got handed a 6 month contract for $10,000 a month, she couldn't refuse. Making a guy fall for you is easy, but unfortunately her heart gets involved and things get tricky.

"He didn't want the fake me. So what did that mean? Who was I supposed to be?