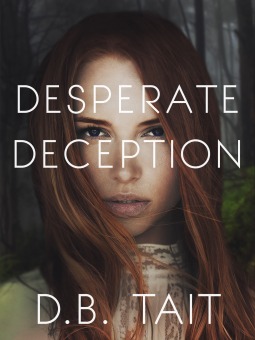 [BLURB]
When history repeats itself, it doesn't pay to have a murder in your past ...

Julia Taylor did ten years in prison for a murder she didn't commit. Finally released and proved innocent, all she wants is to build up her design business and figure out where her romance with local cop Dylan Andrews is going. She's ready for a quiet life, but murder and mayhem won't let Julia Taylor alone.

First she finds her neighbors dead in an apparent murder-suicide. Then an erratic friend from Julia's time in prison asks her to help find a sex worker who went missing in suspicious circumstances.

As the body count continues to rise, members of the Russian mafia and an unnerving evangelical church begin to cross Julia's path. Soon, Julia and Dylan are caught up in a maelstrom that threatens both their love and their lives.

Can they find justice before injustice finds them? Or is the pull of a haunted past too strong?

A tense crime novel with romantic elements in the style of JD Robb, Nora Roberts and Martina Cole.

Not recommended to be read as a standalone

Because Julia lost 10 years in prison, she's playing catch up in her life. She doesn't really know how to react to certain situations like an adult. And she doesn't want to jeopardize Dylan's job because of her criminal background.

In addition to all that, her past won't let her go. Some of her prison mates go missing as soon as they get released into the real world. Her neighbors also get murdered. Things just keep popping up, and Julia's prior experience locked behind bars helps the authorities to solve a crime connected to the Russian mafia.

This felt more like a crime/mystery novel than the first one. It was almost like an episode of CSI. The connection to the mafia wasn't heavy in this book, but we've only scratched the surface. I can't wait for the next book!