Obscured by Tara Sue Me 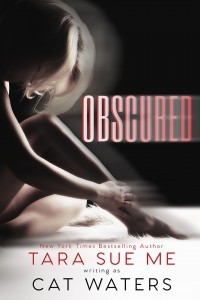 [BLURB]
There’s the truth you know….

At age 16, Athena Hamilton traded her body for survival when a powerful Vegas hotelier and pimp lured her into his world. Ten years of turning tricks has taught her to trust no one and feel nothing. Yet a chance meeting with a childhood crush sparks hope for something more.

The truth you believe…

There’s no way Isaiah Martin could want her. He’s a pastor. Too good. Too pure. But when she learns her days are numbered, she runs into the safety of his arms and trusts his promise of protection.

And the truth you never imagined...

The aftermath of a tragic accident and a bitter betrayal leaves her destitute and alone. The one man she shouldn’t trust offers her a chance to escape. But when good and evil collide, what do you do when the truth is Obscured?

[MY THOUGHTS]
When Athena was a young vulnerable girl, she fell for a man that made her feel secure. That man manipulated her, and told her that he wanted to share her. Ten years later, she's stuck in a cycle. She's tried leaving, but who's going to help a prostitute in Las Vegas?